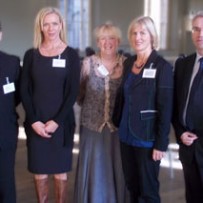 A Seminar was organised by Crinan Youth Project, SASSY Service and the Talbot Centre on Wednesday 28th September 2011 at The Exchange , 50 Gardiner Street Dublin 1 (the old labour exchange ).

The aim of the Seminar was to increase awareness of services for young people with substance misuse issues and enhance effective and efficient ways of working together. The speakers were Mr Phil Garland, Assistant National Director, HSE Children and Families Social Services & Mr Cathal Morgan, Director Homeless Agency.

The Seminar was attended by agencies working or interested in working with young people with substance misuse issues, and was instigated by the three above agencies who liaise closely together on Dublin’s North-side mainly in the North Inner City. One of the main reasons for organising this Seminar was that each of the above found that they were being approached by other agencies seeking advice and information.

Many ideas were discussed in workshops such as the barriers preventing young people from accessing help with drug/alcohol misuse, and how to tackle them, as well as requirements of agencies for effective outcomes for the young people they work with. The theme of agencies co-working was also explored as was the use of evidence based practise. Participants looked at examples in their own geographic areas of good interagency collaborative working and how their own services could get involved in a similar process.

The seminar concluded with a generally held view by organisers and participants that there is a need for agencies to meet at least annually.